This entrepreneur truly is part of the fabric of her community

When you have one of those nagging desires that just won’t go away, you might as well embrace it as a way to possibly exorcise it. So thought Ruth Stole, owner of Family Fabrics in Waldport, when she opened her first fabric shop in 2005. “It was supposed to be a temporary thing till I got it out of my system,” she said. “I’m what is called a fabri-holic. I wasn’t born to it – I was bred to it. My mother sometimes sewed from dawn to dusk and made most of the clothes for me and my two sisters.”

Ruth’s clothes in particular had to be handmade because she grew In proportions that were not easy to find in manufactured clothes at the time.

“I was taller than average but very thin, so my clothes had to be tailor-made,” she said. “I ate plenty but just couldn’t keep weight on. I would love to have that problem now.”

Her first shop was opened in Silverton while she and her husband, Bob, to whom she was married for 54 years before he passed away four years ago, were still running a different side hustle.

“We had a farm with a U-pick farm stand,” Ruth said. “People could pick strawberries, blueberries, corn, tomatoes, beans, melons and other things I can’t remember anymore.”

Ruth had added farm and fabric to her regular job as a Fed.

“I was a Special Field Revenue Agent for the state,” she said.

“Basically that means that I was out there knocking on the doors of people that didn’t pay their taxes.”

When she and her husband finally retired from their formal jobs, they also sold the farm, closed the fabric shop and fulfilled their dream to move to the coast.

But they had more than furniture to move; they still had a bulk of the inventory from the fabric business, so they started looking for a new place to open a shop.

“I looked at Newport first. But, honestly, I was looking for someplace a little quieter; I still thought that I was trying to just get this out of my system. Waldport felt right and I loved the community feel there.”

Ruth found the location for her first coastal shop (it has moved twice since then but remained in Waldport) from inside a moving vehicle.

“We were actually driving on Highway 34 through town when I saw that there were empty shops in the mall by Ray’s Food Place,” she said. “I yelled for my husband to stop. Everything fell into place just right and it felt meant to be.”

Once a number of years had passed Ruth finally had to admit this fabric shop thing was more than a passing fancy, and she decided to embrace it.

“I kept seeing how people would keep shooting themselves in the foot when trying to run a business,” she said. “That’s why I was so wary about trying to grow mine. All I had learned before was what not to do.”

Ruth found even more than she was expecting.

“I’d never really looked at starting and running a business the way Misty presented it. She answered every question people had. A lot of it was a new perspective for me.”

“I’d never really looked at starting and running a business the way Misty Lambrecht (SBM Program Coordinator) presented it,” she said. “She answered every question people had. A lot of it was a new perspective for me.”

Ruth was aware of how much tax rules and laws change over the years, so she found the guidance on that topic particularly valuable.

She also really enjoyed the networking aspect of the cohort, who take classes together once per month over the course of nine months.

“I was surprised and pleased to find that there were people in the class with backgrounds similar to mine,” she said. “The program is good for people looking to update their skills or reset a balance. It’s also good for people that are still contemplating whether or not to start a business.”

Ruth was taken by surprise when one of the peers in her cohort decided ultimately not to pursue the business idea they had been contemplating.

“I realized through this experience that as important as learning how to run a business is learning if you should start one to begin with,” she said. “It’s incredibly valuable to know if your business is viable before you sink your life savings into it.”

In addition to the monthly classes (offered in Lincoln City, Newport, and Waldport, depending on the term), two-hour monthly one-on-one advising sessions are available to every participant. Scholarships and loans are also available to help some applicants with the coast of tuition.

Misty Lambrecht said Ruth is a great example of the range of clients that participate in the SBM program and other workshops offered at the OCCC SBDC.

“Among other accomplishments during her year, Ruth secured a loan from the Cascade West Council of Governments,” Lambrecht said. “They are one of the partners we work closely with, along with our wonderful local banks; we encourage small businesses who might need money to explore a variety of funding options with us. Ruth is a great success story of a small business owner; she makes amazing quilts and is just an amazing, fun woman.”

Family Fabrics has grown over the years into a community resource. In addition to the full collection of fabrics that you would expect from a confessed “fabri-holic,” she offers sewing services and has a number of sewing machines that can be used in the shop for those that want to do work on their own but don’t have a machine.

“We have lots of donated machines that are in great working order but just were never used,” Ruth said. “There’s no reason for people to pay me to do sewing work when they can come in and do it themselves.”

The shop is also the meeting place of the Oregon Coastal Quilters Guild, which currently has over 200 members, mostly Lincoln County residents but some from further afield. The generous stitchers of the Community Quilters group also use the shop as a hub for the quilts they create and then donate to community members in need. And if you have a favorite price of furniture that you can’t bear to part with, but which has gone through a rough patch, an upholsterer comes in every other Saturday.

There’s rarely a moment’s peace at Family Fabrics, and Ruth wouldn’t have it any other way.

For more information about the OCCC Small Business Development Center, visit its webpage or call 541-994-4166. 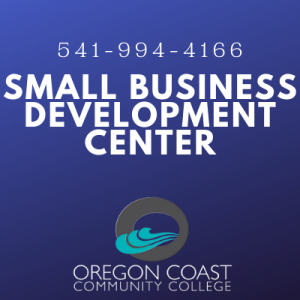 Always be in the know, with our e-newsletter See the list of upcoming SBDC classes and workshops For the business-related help you need but cannot find in our workshop lineup this term, check out Ed2Go’s robust noncredit online courses in software, accounting and much more. 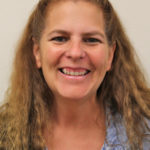 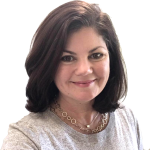