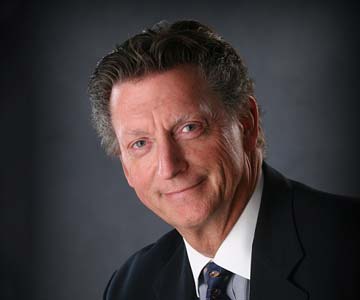 Dr. David Bigelow sits on the OCCC Foundation Board and serves as the Treasurer.  During the interview with Bigelow, it became clear that a pharmacist, turned hospital administrator, could have a keen eye to finance and a strong desire to safeguard donors’ charitable gifts.

My affiliation and appreciation of a community college education began while at Lakewood High School in Long Beach, CA.  At Long Beach Community College (LBCC) I took an early morning class in calculus before my day began as a soon-to-graduate senior.  I attended LBCC for two years of pre-pharmacy classes then was admitted to the USC School of Pharmacy.

One pearl of wisdom I have for students today,  is that the contacts you make through life may just open a door to your future.  While completing the Doctor of Pharmacy degree at USC, I applied for a position at Long Beach Memorial Hospital (LBMH). The CEO at the time was Donald Carner, a graduate of the University of Chicago.  We belonged to the same family’s church.  When I interviewed with the Pharmacy Director, it did not hurt to walk into his office with the hospital CEO.

While working at LBMH, I decided to pursue a degree in hospital administration.  Although I was admitted to the Master’s programs at both the University of Chicago and UCLA, UCLA was providing fully-paid tuition and a $500 per month stipend.  So always a USC Trojan, I became a UCLA Bruin, but only for two years, while earning a Master’s in Public Health (MPH).

In my second year in the UCLA Hospital Administration program, I began my residency at Presbyterian Intercommunity Hospital (PIH) in Whittier, CA.  As it happened, the CEO at PIH was a former pharmacist.  Finished with the residency, I was hired as an Assistant Administrator in charge of Pharmacy and other departments; then advanced to the position of Associate Administrator.

After nine years at PIH, I applied to become the President/CEO of Goleta Valley Community Hospital (GVCH) in Santa Barbara, CA.  It was President Reagan’s receiving hospital during his trips to the Reagan Ranch.  I served as CEO at GVCH for 18 years until it merged with Santa Barbara Cottage Hospital.

In 1997, following the merger, I became CEO at Samaritan North Lincoln Hospital.  When Samaritan Pacific Communities Hospital (SPCH) became part of Samaritan Health, I became CEO there in 2002.  In 2015, I lead the campaign to successfully pass the public bond measure to fund the replacement hospital project.  It was a very large endeavor, and after two years of design planning and contract negotiations, I retired following the groundbreaking of the new SPCH in 2017.

As an associate of former OCCC President Patrick O’Connor, I was impressed by what the community college offered students, particularly in the Nursing Program.  In 2007, I became an OCCC Foundation Board member.  OCCC had a vision of becoming independent, and Dr. Ryslinge, current OCCC President, made that dream become a reality.

While attending USC, I discovered enology, the study of wine.  A USC football game in the Bay area provided a perfect opportunity for a side trip to the California wine country.  The science student in me began collecting books and publications and reading about wines.  I became quite an expert in the vino culture.

Wine begs to be shared with people and paired with good food.  While I was in Santa Barbara, I  became a wine instructor at both Santa Barbara Community College and UCSB and enjoyed teaching about wine appreciation for more than ten years.

Students, take advantage of the opportunities offered to you at your local community college as a stepping stone to your future.  Remember, the people you meet everyday may just open that next door.

Thank you, David, for serving so capably on the Foundation Board and serving as the Treasurer.