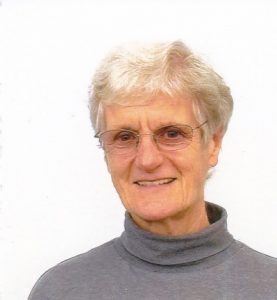 How does someone go from a self-described lower-middle-class family to someone who lives in California and funds an annual named scholarship for OCCC students? Penny Ittner tells her story of how she became the first woman manager supervising installers in a Virginia company and then went on to owning her own business. She hopes to inspire OCCC students to realize their dreams.

I was born in Los Angeles but moved to San Diego when I was six months old. My parents divorced. My mother, sister and I moved in with our grandmother.

When I graduated from high school, at age 17, my sister and I shared an apartment. This was the first time either of us were responsible for ourselves. We quickly learned we had to find jobs.

Fortunately, I paid attention to my dad who suggested I learn how to type. I practiced until I became fast and proficient. That skill enabled me to successfully apply to San Diego’s Pacific Telephone Company as a typist.

One of the benefits of working for Pac Tel was that they paid for 50% of tuition and books for employees who wished to attend college. I started my college education by attending San Diego Junior College at night. I loved working for Pac Tel.  I had good jobs there. But, after seven years, it became apparent Pac Tel did not have a good corporate ladder for women.

We had an aunt who lived in the Washington, D.C. area so my sister and I quit our jobs, piled into my Pontiac, and drove to the East Coast. Admittedly, most of what we took were record albums and pillows. We loved music and had to be comfortable while listening to it.

My boss at Pac Tel gave me a glowing reference. The telephone company in the Washington DC area was looking for an Executive Secretary. This was 1965 and everything was becoming computerized.  I wanted to be a part of the action, but knew I needed a college degree to move up the ladder. I attended classes at Johns Hopkins University at night and received a BA degree in business and an MA in Human Resource Management.

My husband, Bill, was working for IBM. About the time the Bell system split. I took an early retirement from the telephone company to start my own business: Ittner Associates. It specialized in consulting and leadership training. At the same time, I became an adjunct professor at Marymount University in Arlington, VA to help prepare students for the business world.

In 2000, after 13 years of running Ittner Associates, I began to think about retiring. My husband and I used to take advantage of tours offered by the Smithsonian. One of them was a tour of Oregon including Portland, Mt. Hood and, of all places, Salishan. That was it! We fell in love with Salishan and moved across country, for me, a second time. I began teaching courses online through the University of Maryland’s Global Campus in their business program and did that for ten years.

In Salishan, I met Jane Hodgkins who was working at OCCC. She needed someone to teach a course for women who had childcare businesses in Lincoln County. I taught the class called  “Dollars and Sense, Planning for Profit in Your Childcare Business” for two years.

Jane and I were members of the American Association of University Women (AAUW). I became head of their scholarship committee and met A.T. Ronan, the first Development Director at OCCC. While I helped set up AAUW’s scholarships at OCCC, this work convinced me to personally donate to OCCC scholarships.  In 2002 I worked with A.T. Ronan to create the Penny Ittner Scholarship Fund. Next year will be the 20th anniversary of my funding this scholarship.

In 2010, Bill’s health began to fail. We decided to move closer to my family in California and purchased a home in Walnut Creek near San Francisco. I stopped teaching online when he died and began to play golf.  I try to make it up to Oregon once a year as I miss the state and my Oregonian friends.

I think creating a named scholarship is a good marketing angle. It is good for one’s family and neighbors to know what your intentions are. I also love hearing from students who have received my scholarships.  They send me thank you notes and I enjoy keeping up with their successes when I can.

One student I helped support drove from the Tillamook area to take classes even though she was single mom with kiddos, living with her disabled husband. She became an RN. I am so proud to be part of her success story.

Donors, if you can, I urge you to donate to a scholarship fund or create a named scholarship. You have a chance to change the trajectory of a life. What greater gift is there?

Students, I know from first-hand, the importance of the community college system. At OCCC, you can learn how to be a better student while receiving a quality education. You owe it to yourself to do this for you.

Penny promises to drive her red Lexus RC 350 sportscar up to Oregon in the Spring. I am looking forward to meeting her in person and seeing her beautiful car.

Thank you, Penny, for your years of support and sage words. 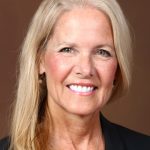